THE GREATEST LEGAL CONFERENCE WITH A RECORD ATTENDANCE

At the beginning of February 2020 the Faculty of Law, Comenius University in Bratislava organized the sixth year of the international scientific conference Bratislava Legal Forum

At the beginning of February 2020 the Faculty of Law, Comenius University in Bratislava organized the sixth year of the international scientific conference Bratislava Legal Forum, which was held under the auspices of the Slovak Bar Association. The central theme “The Lawyer as a Protector of the Rule of Law” attracted 372 participants from 14 countries around the world.

Following the ceremonial opening of the conference by Dean Eduard Burda and Tomáš Borec, the President of the Slovak Bar Association, many Slovak and foreign personalities of legal science and practice gave their speech in the plenary session at CU Auditorium. Among others, Rector of the University Marek Števček, President of the Council of European Bar Associations Ranko Pelicarić from Croatia, but also professors from Italy, Romania, Ukraine and Northern Macedonia. Judge of the Supreme Administrative Court of the Czech Republic Karel Šimka said that “Without free and high-quality advocacy there is no free rule of law”, thus perfectly expressed the central idea, which resonated across all speeches. During the two days of the conference, the participants divided up to seventeen sections. This created space for the presentation of the results of scientific research, mutual exchange of knowledge and important discussion. As in previous years, the individual sections addressed to current topics of social importance, e.g. climate change, e-government, as well as the legal aspects of changing technologies. Undoubtedly, the increased interest on the part of foreign participants was because up to a quarter of the sections were conducted exclusively in English. The elimination of the language barrier is a way to start and deepen closer cooperation with foreign academics, who this year accounted for up to a third of all participants, as well as cooperation with professionals from practice. In addition to representatives from all neighbouring countries, experts from Italy, Japan, Croatia, France, Northern Macedonia, Serbia, Lithuania and Romania also took an active part.

At the end of the event, the main organizer, Vice-Dean for Public Relations, Andrea Koroncziová, pointed out that this year reported the most participants in the history of the organization of the Bratislava Law Forum who have signed up to it, which shows that BLF entered the map of internationally recognized scientific conferences. 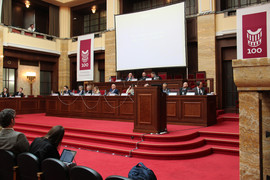 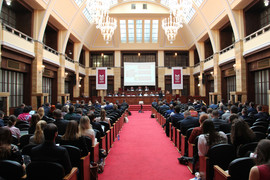 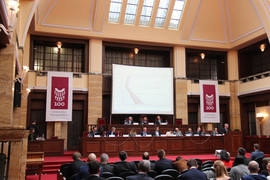 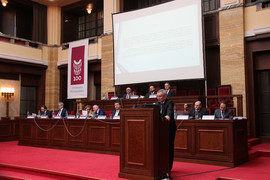 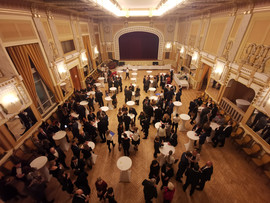 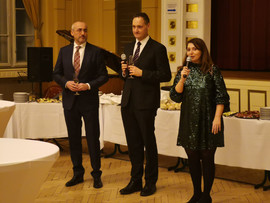